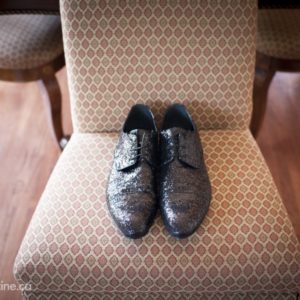 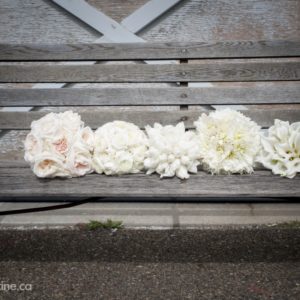 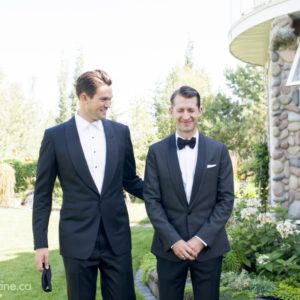 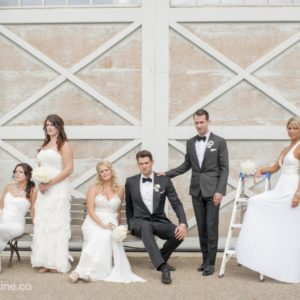 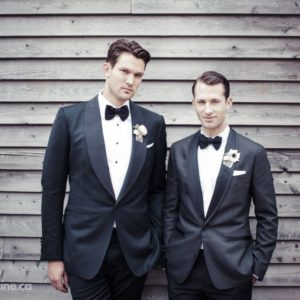 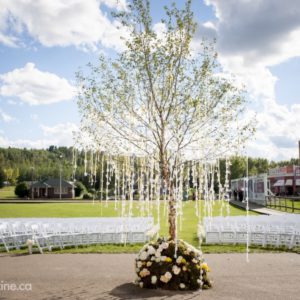 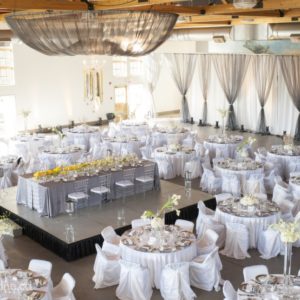 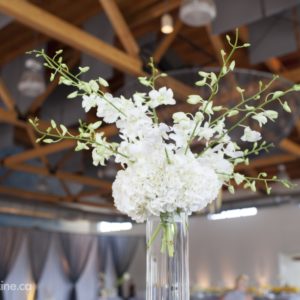 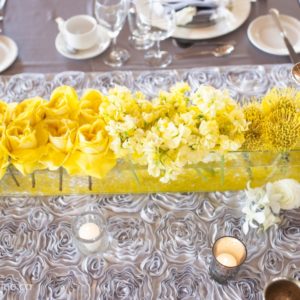 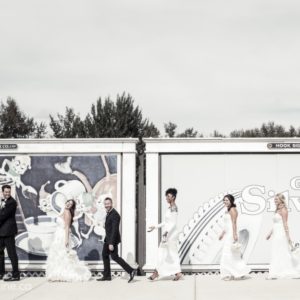 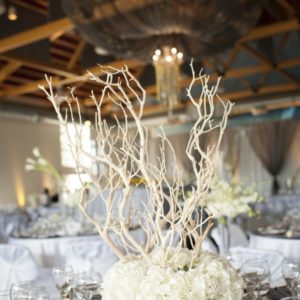 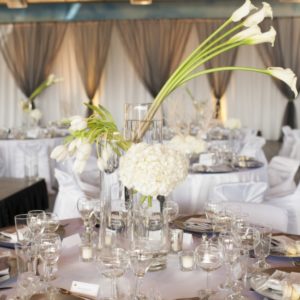 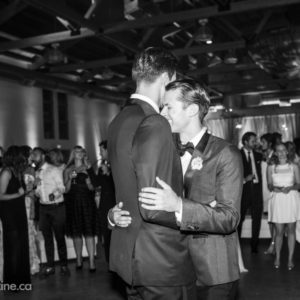 Chase and Kyle met on campus at the University of Alberta. Kyle had quickly caught the attention of Chase who proceeded to follow him around campus, hoping to engage in conversation. Eventually, Chase convinced Kyle to take his number; however, because he came by it so casually, Kyle did not consider the fact that Chase intended to take him on a date. Their first date was far worse than Chase could have imagined — simply because Kyle was not aware that it was a date. Following a little persuasion, Chase convinced Kyle to go on a real first date, and years later, the couple exchanged marital vows.

Kyle’s well planned proposal to Chase was grandiose. Christmastime, already a magical time, was made increasingly more resplendent with Kyle’s proposal. As Chase arrived at home, he received a text from Kyle that prompted him to find a Christmas decoration with a little scroll attached — the note that Kyle had penned simply provided Chase with a flight number and the instructions to arrive at the airport no later than 8:00pm with one carry on suitcase — nothing more. Shortly after, a friend, without additional clues, arrived with a bottle of champagne and drove Chase to the airport. As Chase stood at the check-in counter with his flight number in hand, he learned that he was about to embark on a journey from Vancouver to New York. As he boarded his flight, Chase received another straightforward text that simply said that more instructions would proceed.   As he arrived in New York, Chase was directed to take a taxi to a hotel. Upon checking in, Chase entered his room where another scroll awaited his arrival. This note provided him with the directions to go to Rockefeller Centre. After his red-eye flight, animated by the adrenaline of the adventure, and unsure of what to anticipate, Chase arrived to find Kyle standing at the end of the row of trumpeting angels next to the infamous Christmas tree. As Chase got closer, Kyle proposed.

The tree motif became apparent again at their wedding — the couple exchanged vows under a live tree covered with over 3,000 paper cranes, which is now planted in their family’s backyard. The grooms were escorted to the end of the aisle by their respective parents and, as they met, they walked together toward the tree. All of their guests respected the grooms’ wishes to wear only black, white, or grey, and they were invited to enjoy a glass of sparkling wine as the grooms exchanged their handwritten, personalized vows.

Chase: “Walking out with my parents before seeing Kyle. They both looked at me and said we have the keys to the car and if you want to run we will drive you anywhere you want to go. Right after that as we were walking out I caught Kyle’s smile and knew that he had always be someone I was walking towards and that from day on, someone I would walk besides for as much time as we are blessed with.”

Kyle: “The entire ceremony and our first dance. Everyone lit sparklers and crowded around us, and it was exactly what I wanted at the exact moment and it was amazing.”

“The first thing we wanted to do was have our wedding day again. We still do. It literally was the perfect day. Beside that, living life together as much as we can and as true as we can. We are pretty content with that.”