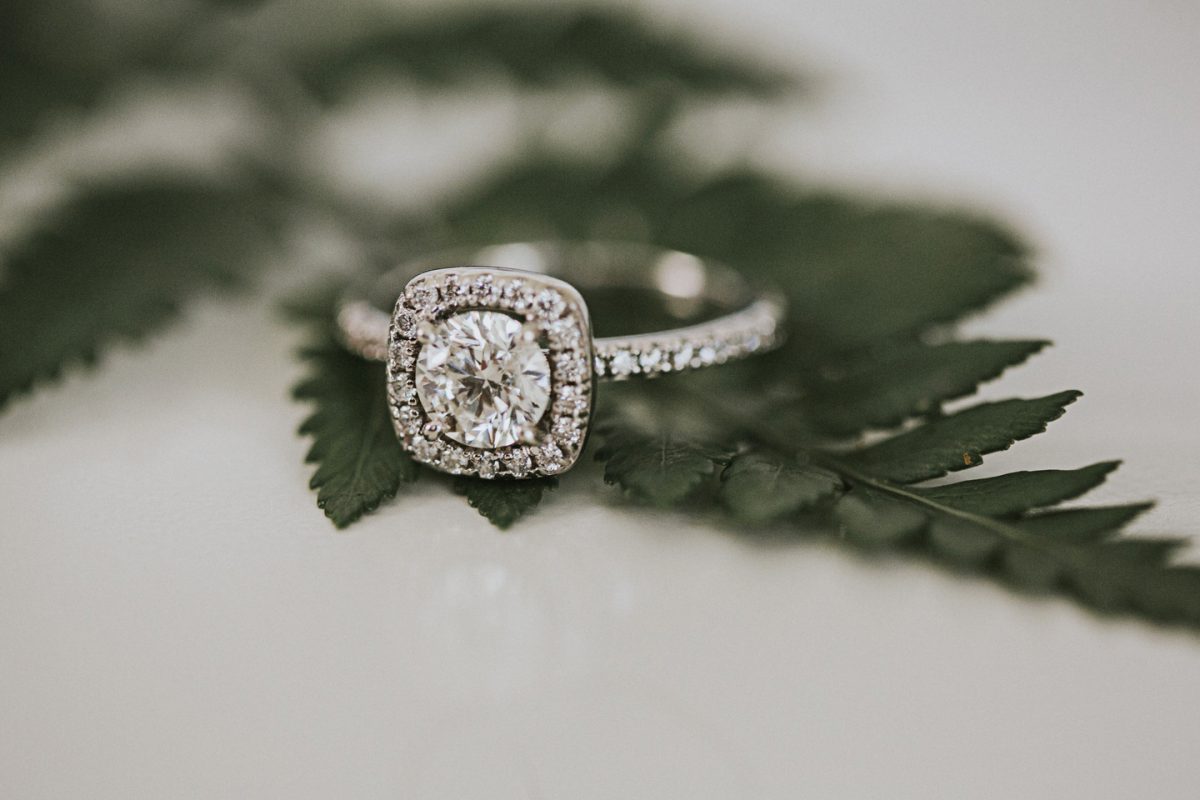 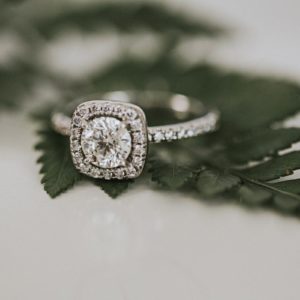 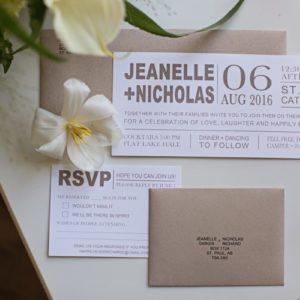 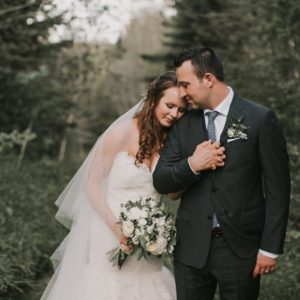 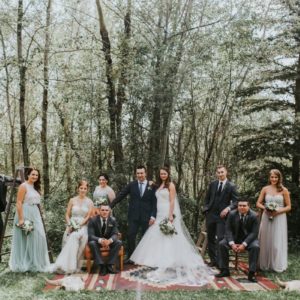 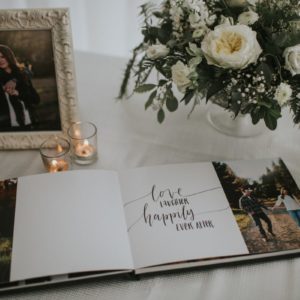 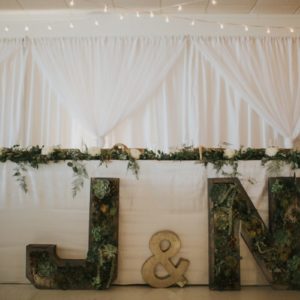 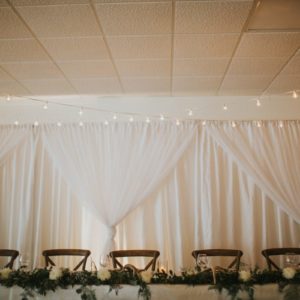 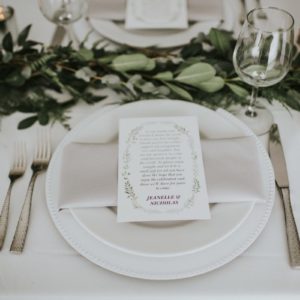 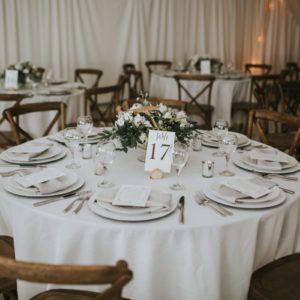 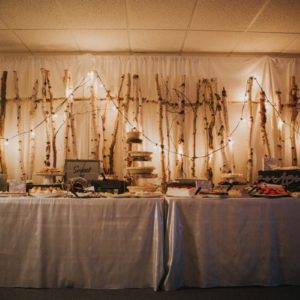 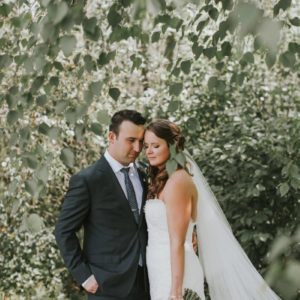 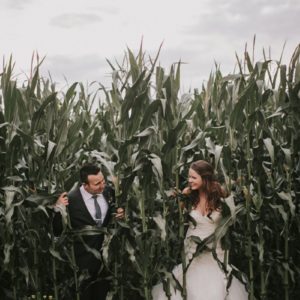 When you grow up in small-town Alberta, everyone knows everyone. Jeanelle and Nic always knew who each other were, but never spoke until Jeanelle had to track him down for his missing volleyball jersey at school. They’ve been together ever since.

After being apart for five years while Jeanelle was at university, Nic knew he wanted to marry his best friend. On a perfect summer night he wrote Jeanelle a letter with instructions that led her to a meadow at sunset. As she approached she heard music, and then found Nic standing under a flowered archway surrounded by candles and lanterns. After dancing under the stars, Nic got down on one knee and proposed.

Jeanelle and Nic wanted to honour their rural roots at their wedding; they held the ceremony at the church they both attended growing up and hosted their reception at a hall surrounded by farmland. The simple elegance of nature inspired their décor of lush greenery, garden roses and antlers. Because Jeanelle’s parents both passed away when she was 15, she had her four older sisters walk her down the aisle and had them join in on a family dance in lieu of a father-daughter dance.

Jeanelle: “My favourite moment was walking out of the main doors of the church to the sound of the cathedral bells after the ceremony. It was my favourite because I knew I finally married my best friend and that this was a once in a lifetime kind of love.”

Nicholas: “I had too many favourite moments to pick just one. Watching Jeanelle walk down the isle with her sister and celebrating all night with family and friend on a packed dance floor were some of my highlights.”

‘Invest in a great photographer and videographer. Let them capture your day while you enjoy every second of it.’

After such a beautiful and emotional day, Jeanelle and Nic now look forward to building their lives together and enjoying every moment.