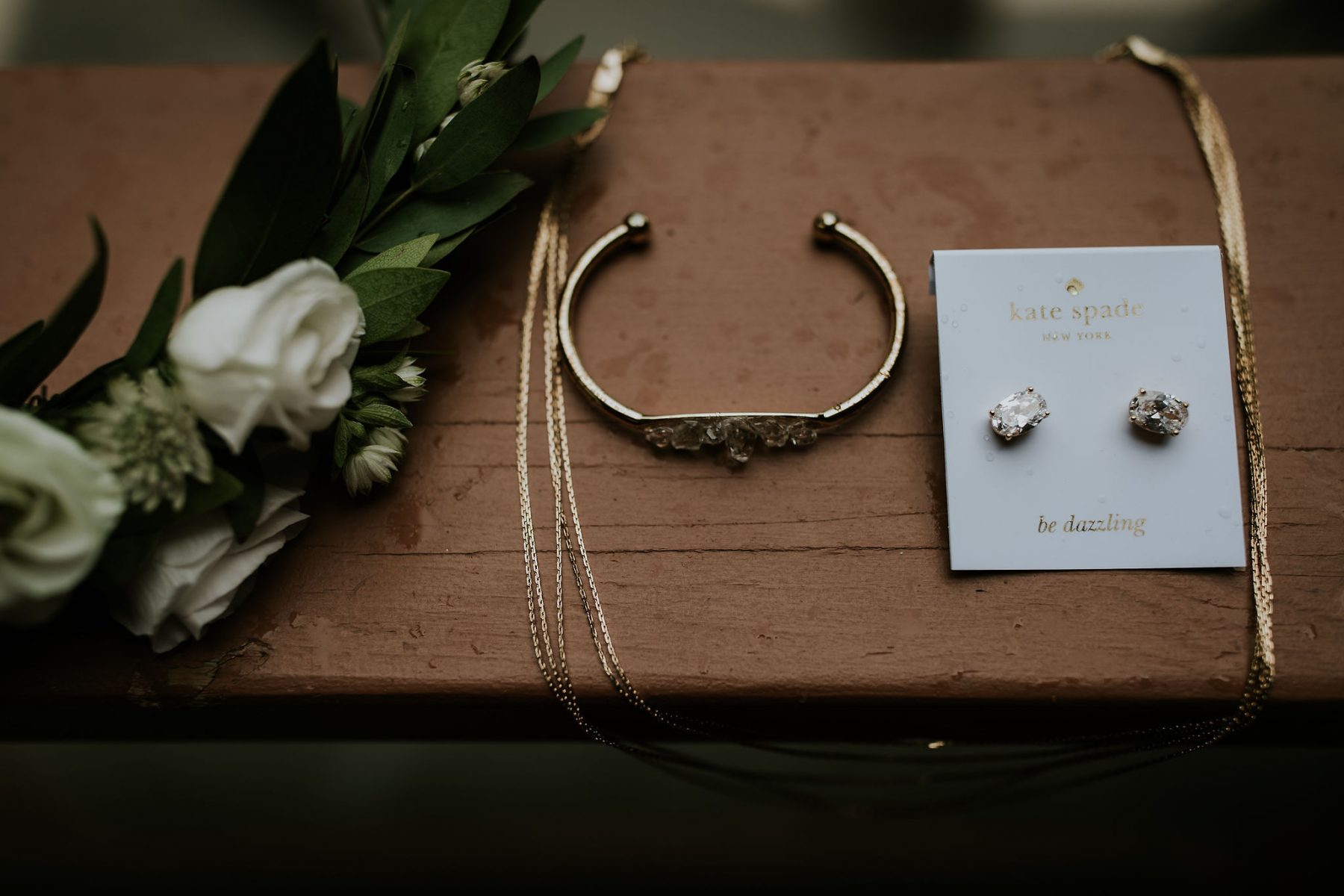 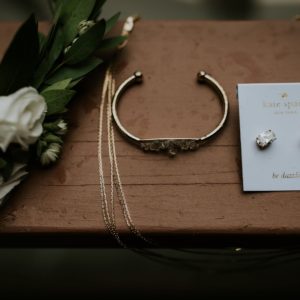 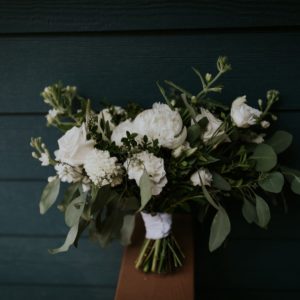 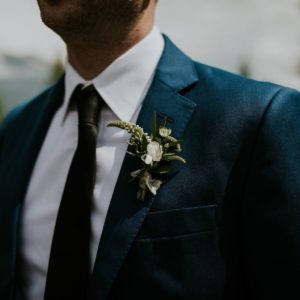 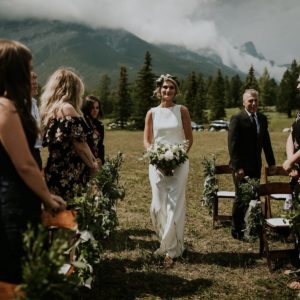 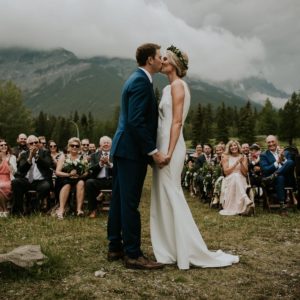 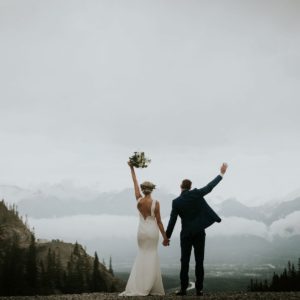 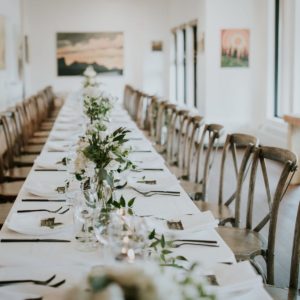 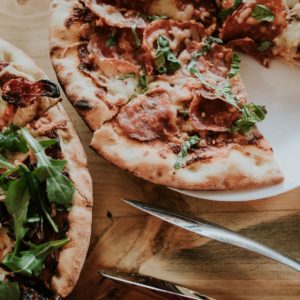 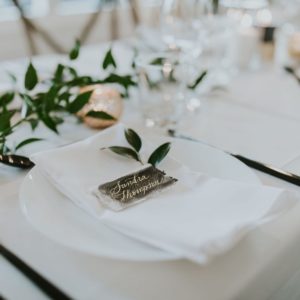 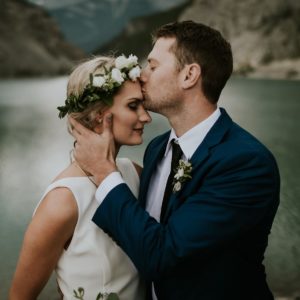 Colleen and Morgan’s love story is more like a romantic comedy than a sentimental tearjerker; Colleen’s first words to Morgan came out as an insult during a casual conversation about sports while she was serving his table. Fortunately, the cute guy with glasses came in again a few months later and Colleen mustered up the courage to give him her number.

When asked about the proposal, Colleen says they discussed it like adults and high-fived. The couple originally planned to elope in 2020, but when they were out celebrating their friends’ long overdue engagement last February, Morgan joked that it would be funny if he and Colleen got married before them. Morgan suggested they get married that year and Colleen replied that they were free in July. “I didn’t need a fancy sha-bang of a proposal, I only needed my hilarious and caring partner.”

The quirky couple wanted an unconventional wedding filled with their favourite people enjoying their favourite food. Just minutes before Colleen walked herself down the aisle at the Rundleview Parkette, the sun broke through to clear away the rain and hail.

“Some Kind of Love”—The Killers

Do what YOU want. Don’t let the ideology of what you think a wedding has to look like pressure you into making decisions. Make it what you want and make it you.”

Colleen and Morgan are now looking forward to simply experiencing the world together.