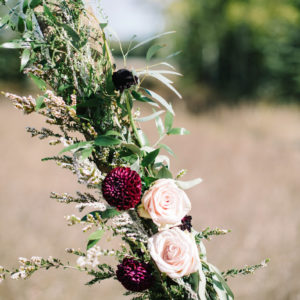 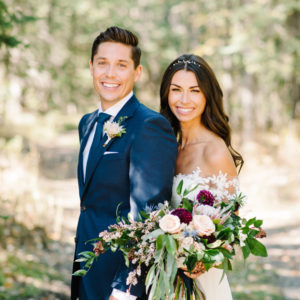 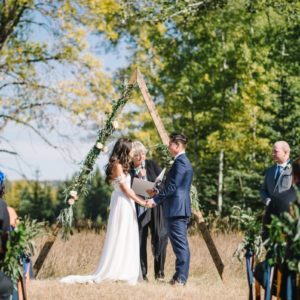 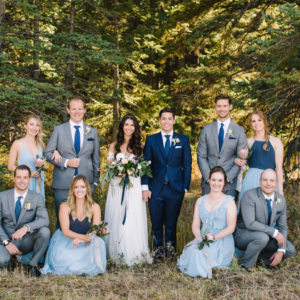 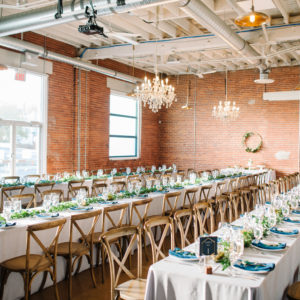 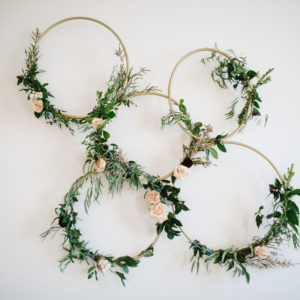 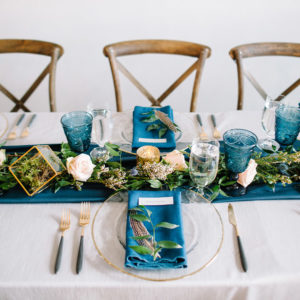 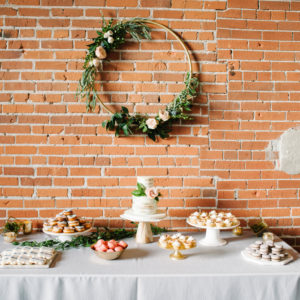 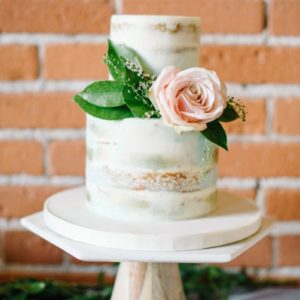 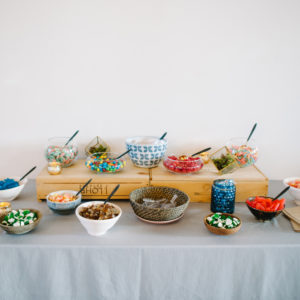 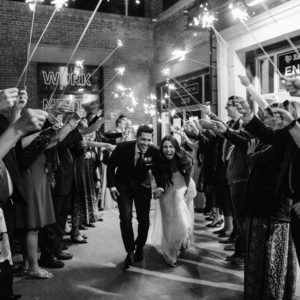 Meeting your future spouse through mutual friends is fairly common, but what makes Amber and Steven’s story unique is that they met through a friend in Indonesia. At the time Steven was working for a travel company and Amber was touring through Southeast Asia. They fell hard and fast for each other on a trip with friends to Thailand, then spent two weeks together on some remote islands in Vietnam. Six months later they finished university and moved in together.

Steven surprised Amber with an early birthday gift—a trip to New York City to watch the US Open. He surprised her again on the trip with tickets to see the Blue Jays play the Yankees, but he saved the best surprise for last. As they were crossing a beautiful bridge in Central Park with bagels in hand and the city skyline in the background, Steven popped the question.

Amber and Steven were married at a private ranch, but wanted a unique reception space. “The Commons had the industrial feel that allowed us to create our vision.” They served a featured cocktail inspired by the official cocktail of the US Open, the Honey Deuce, and called it the Honey I Do.

“Hire a wedding planner! We trusted Kismet & Clover with our entire day and vision. They kept us at ease and our day was executed flawlessly.”

They look forward to traveling the world, starting a family, and calling each other “husband” and “wife” every day.