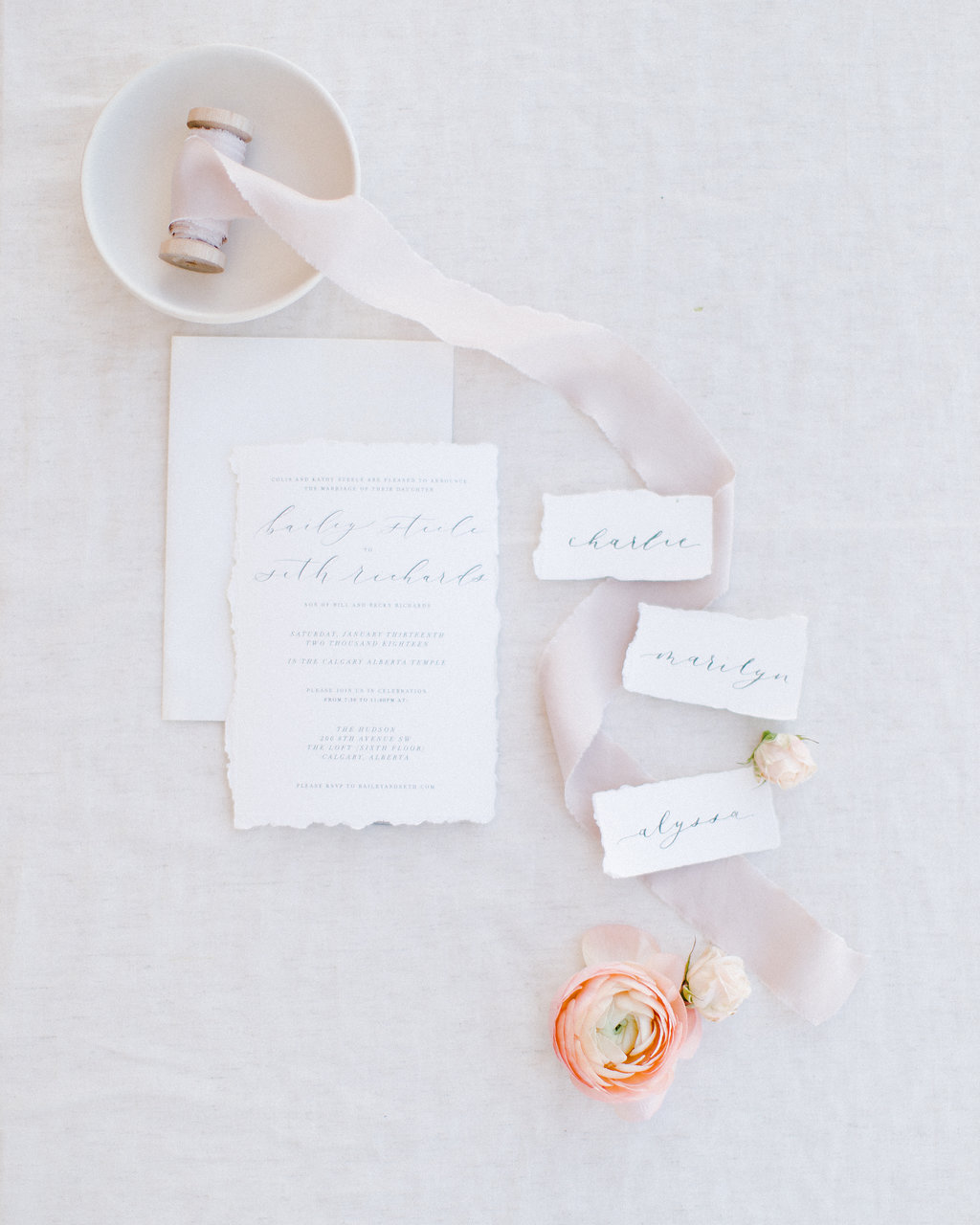 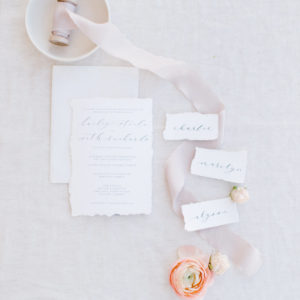 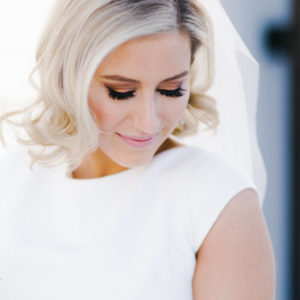 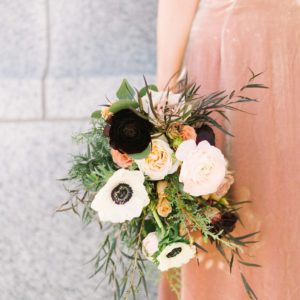 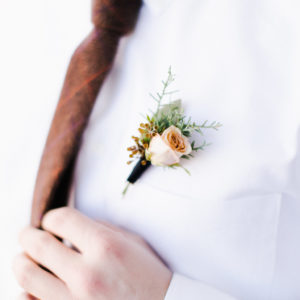 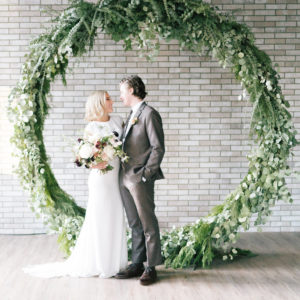 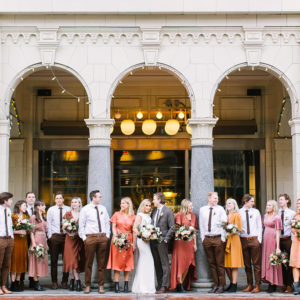 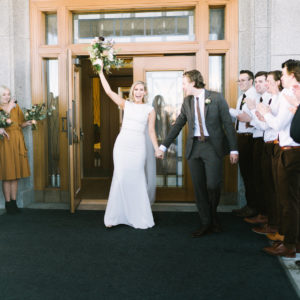 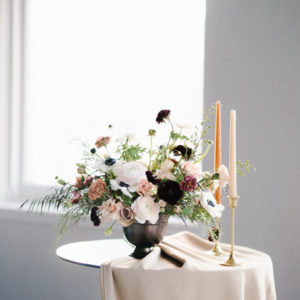 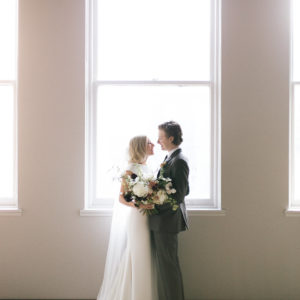 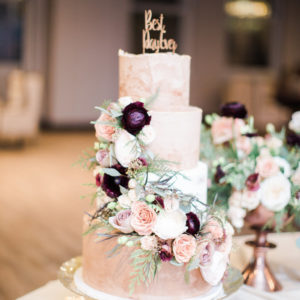 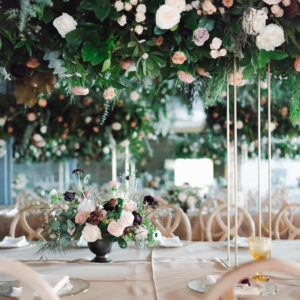 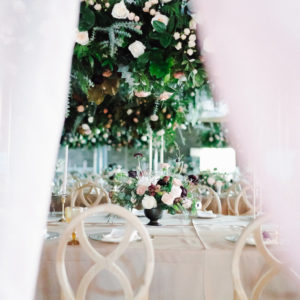 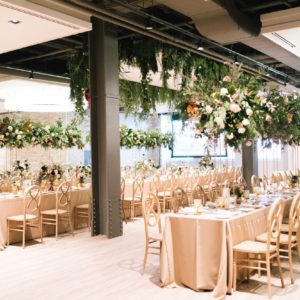 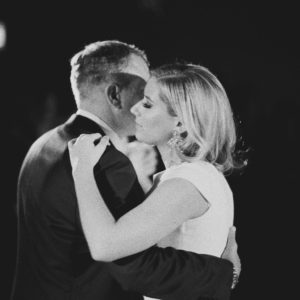 Seth and Bailey’s parents are lifelong friends so they grew up going to the same parties, family gatherings and summer vacations. It wasn’t until high school when Seth started to see Bailey as more than his best friend’s little cousin, and they began dating.

Five years later, Bailey planned a surprise birthday trip for Seth to Elk Island National Park to bike, canoe and picnic together. Bailey was annoyed by how distracted he was during the drive, and when they arrived he started telling her where to go—even though it was his first time there. All was forgiven when he led her to a blanket set amongst the trees and proposed.

Despite hosting a winter wedding in downtown Calgary, Bailey and Seth wanted to incorporate the outdoors into their décor. They chose the Hudson Loft because it was a blank slate—albeit with huge windows, high ceilings, and tons of space. Their florist created an enchanted garden with lush greens and dramatic blooms that blew Bailey away—no small feat as she herself is a florist!

Bailey’s grandfather married them in front of their close friends and family, then they held an intimate family dinner before throwing a killer dance party.

Bailey and Seth both agree that their favourite moment was the ceremony. “It was so nice to have all our close friends and family who saw our relationship progress throughout the years, see us choosing to spend the rest of our lives together.”

“Don’t sweat the small stuff. No matter what you do, something will go wrong or not as you planned but it’s ok because it doesn’t matter in the end. The main and most important thing that you will remember about your wedding day is that you married your person.”

They look forward to spending their first Christmas together as a married couple, with the addition of a new puppy.