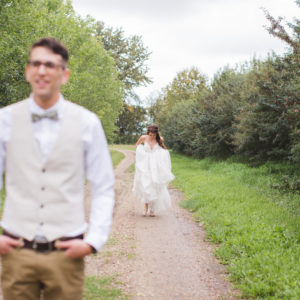 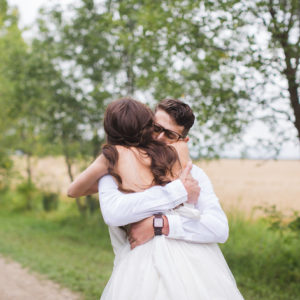 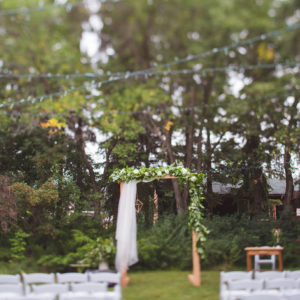 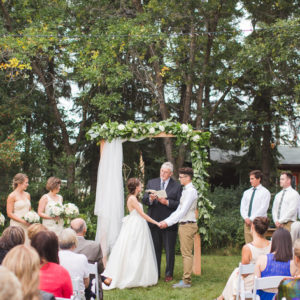 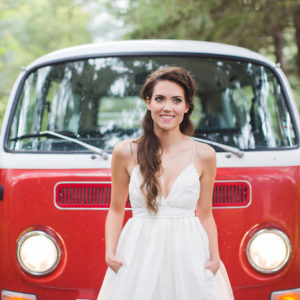 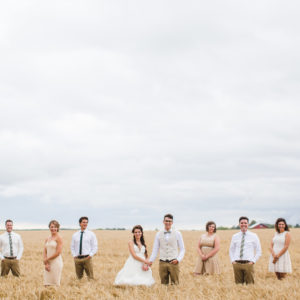 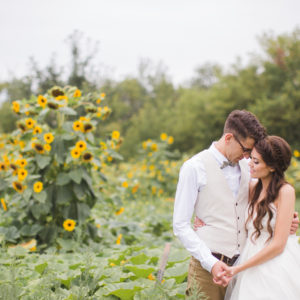 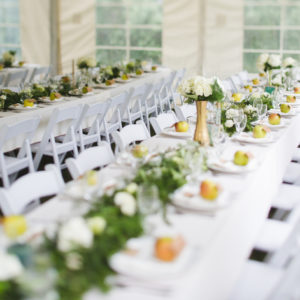 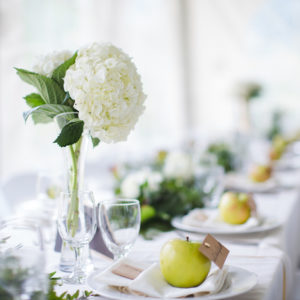 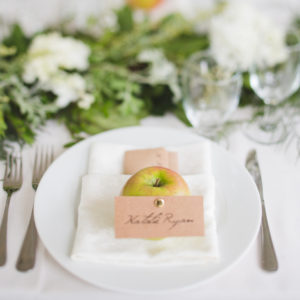 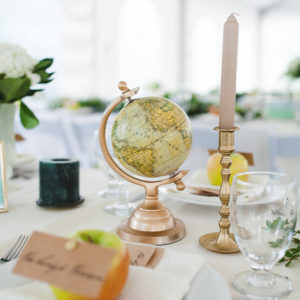 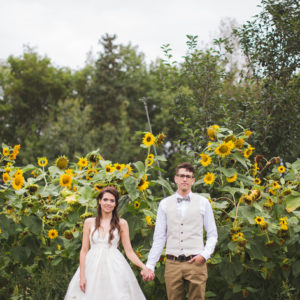 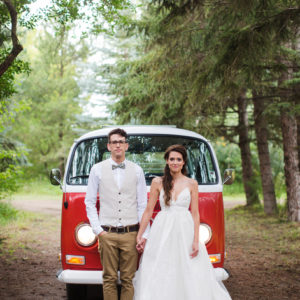 Christine and Adam met in 2008 while both in school studying engineering. Since then they’ve taken on the world together through graduation, moving in together, traveling, acquiring two cats, and a lot of laughing along the way.

This pair got engaged on the most unlikely of days, April Fools Day! Adam fooled Christine into thinking he had no special plans, but when he whipped out a Ring Pop candy, she wasn’t sure what to think. When she opened it up, she found a beautiful (real) antique ring inside!

As for the wedding day, Adam and Christine knew they wanted the day to be fun but still fancy. The venue was the farm Adam grew up on, which meant they had full control over everything and there was no rush to get out at the end of the night. Each guest received personalized notes along with some plantable seed paper confetti, and a donation in their name to the Stollery Children’s Hospital. From the decorations to the alter, Christine and Adam made nearly everything by hand.

Christine’s favourite moment was giggling with Adam at the sweetheart table, and Adam’s was all of the hilarious and kind words their best friends and parents shared during the speeches.

‘When the Night Comes’ – Dan Auerbach

‘Oh boy, it’s not a new epiphany, but we were still blindsided by how quickly it all went by after months of planning, so we would say take as many moments together (even just goofy glances) on the day as possible, don’t fret about forgotten details, or not spending as much time with everyone as you’d hope for, and hire a day-of-coordinator to take care of all the inevitable hiccups that occur throughout the day.’

The newlyweds are most excited to be “official” best friends and take on life as a team.