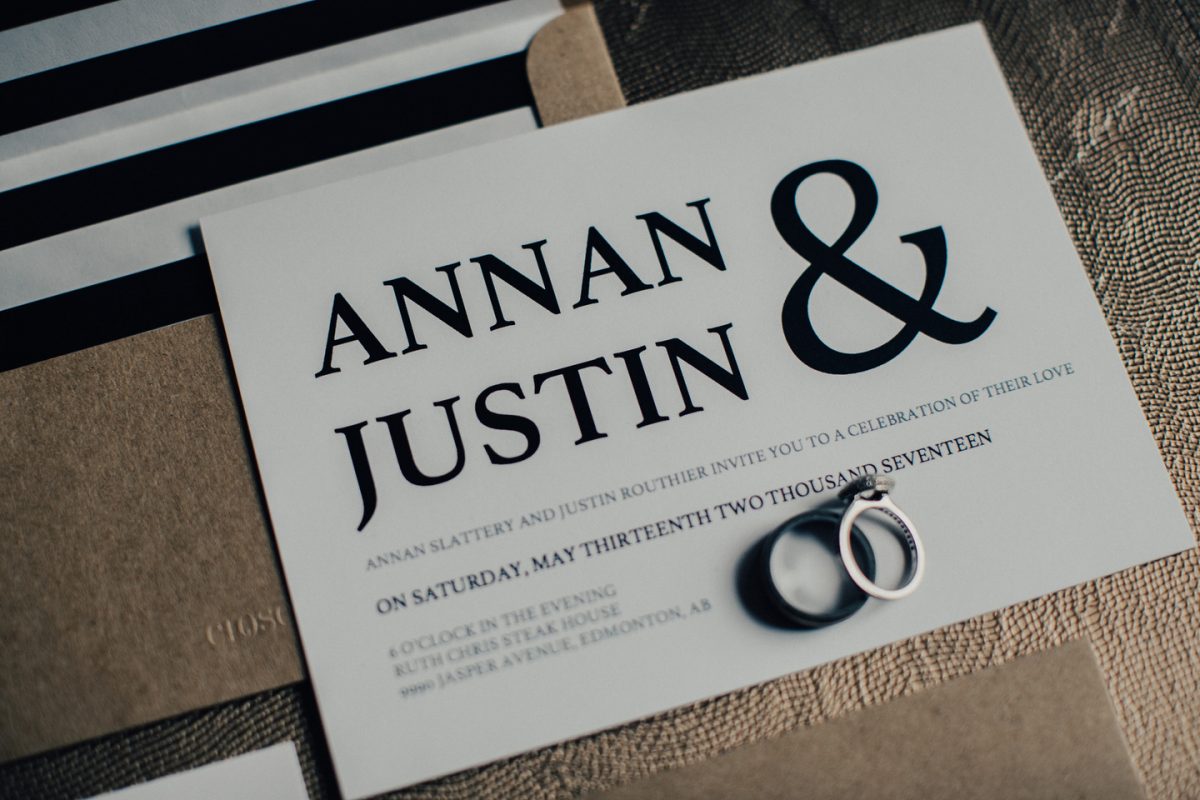 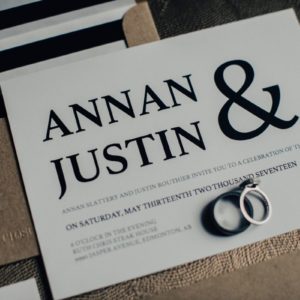 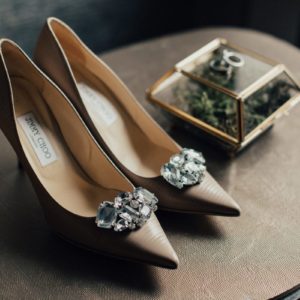 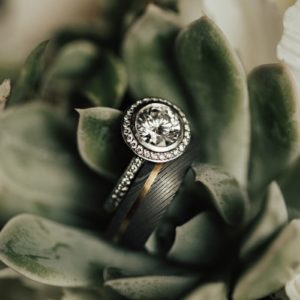 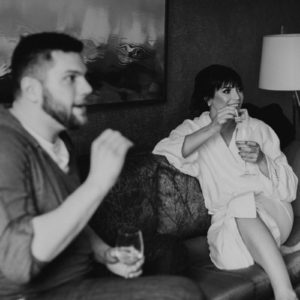 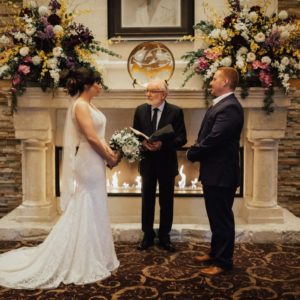 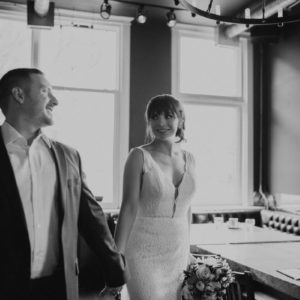 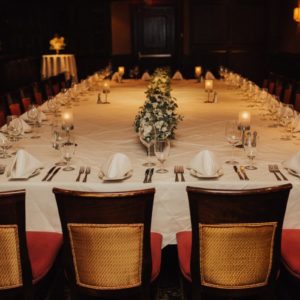 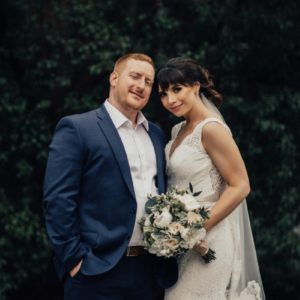 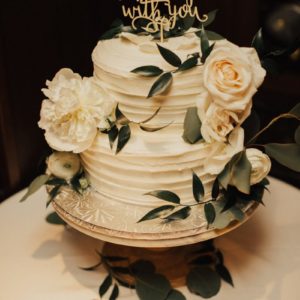 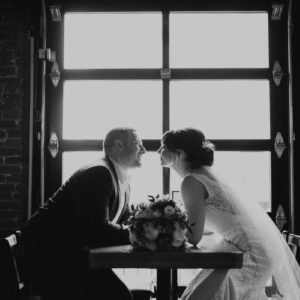 Annan and Justin met at the gym, but Justin was so shy his best friend had to ask for Annan’s number. Things didn’t take off between them, but they kept in touch and eventually became sweethearts after university.

One morning while lying in bed, Annan was showing Justin pictures of engagement rings on her phone. He reached over to his nightstand, took out a small box and asked, “What about this one?” Unfortunately their celebration was cut short as two days later they were evacuated from their Fort McMurray home due to the 2016 wildfire.

Annan and Justin didn’t want a large, traditional wedding, so they planned an “unwedding.” They sent out invitations for a belated engagement dinner to 30 of their closest friends and family at Ruth’s Chris Steak House, which is where they had dinner during their first trip to Edmonton together. What most guests didn’t know is that they had just said their vows in front of just their officiant, photographer, and two witnesses.

They got married on Annan’s late father’s birthday, and she had her brother fill in as maid-of-honour before meeting Justin at the exact table in the Westin bar where he had asked her to be his girlfriend. “It was like coming full circle,” she said.

Annan: “My brother, James, helping me with my dress. I’m sure that’s supposed to be a Maid of Honor moment but he was by the far the perfect person to ensure everything was perfect before getting married. Followed by meeting Justin at the exact table in the bar at the Westin where he’d asked me to be his girlfriend so we could walk to our ceremony together. It was like coming full circle.”

Justin: “Annan being so emotional during the private ceremony that she couldn’t remember which hand was left during the exchanging of the rings.”

“Hire the best photographer you can afford that suits your style and do a test run beforehand. We’re both awkward in front of the camera but love every single one of our photos because of Kat.”

The newlyweds look forward to enjoying their life together and their honeymoon in Ireland.