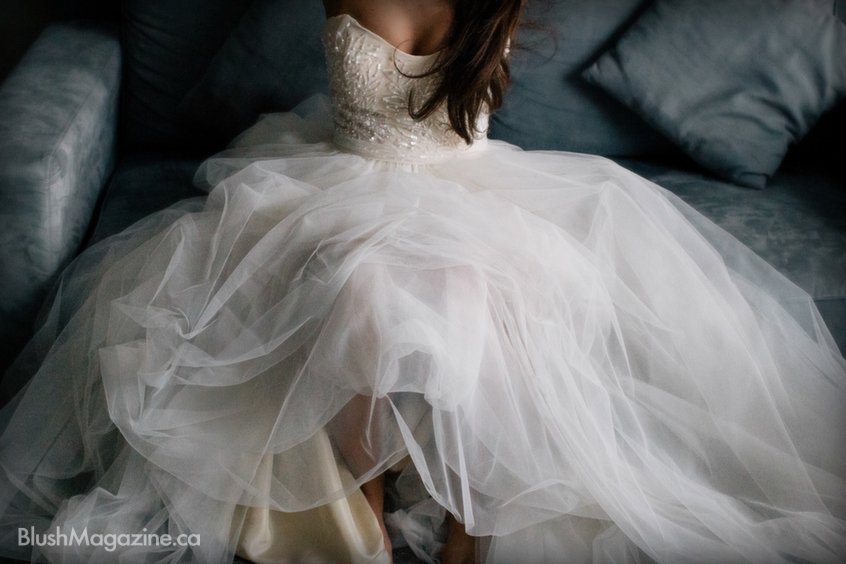 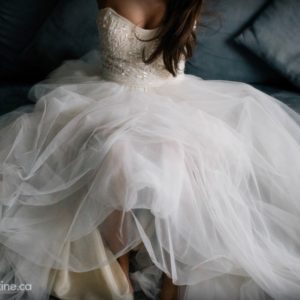 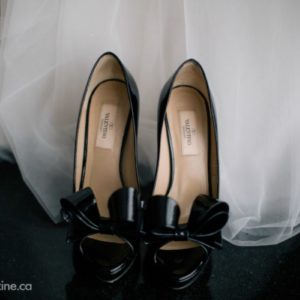 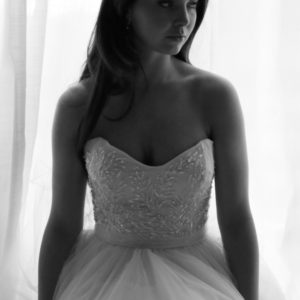 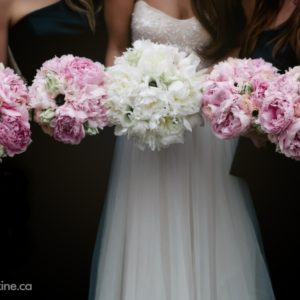 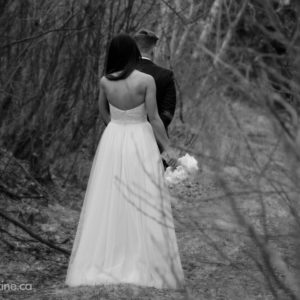 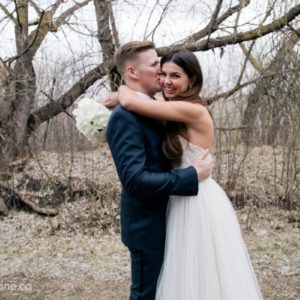 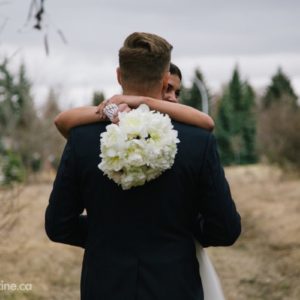 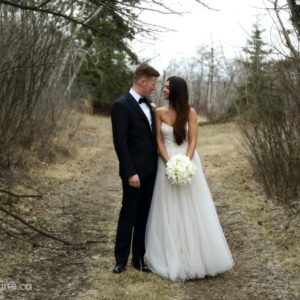 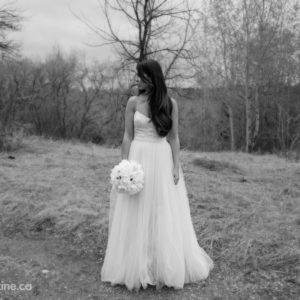 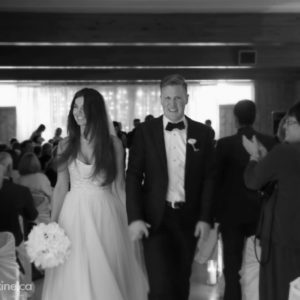 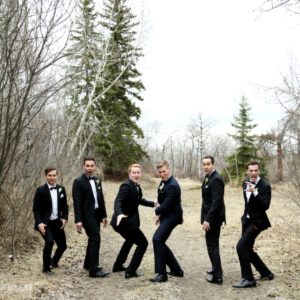 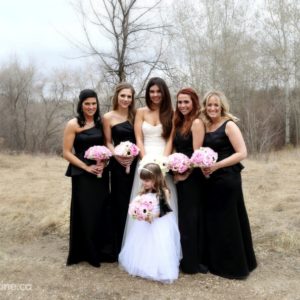 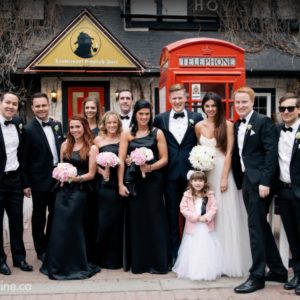 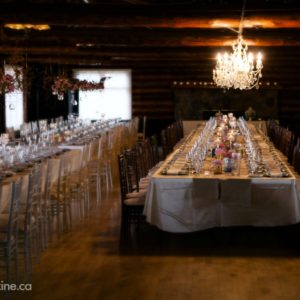 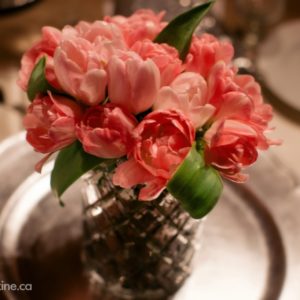 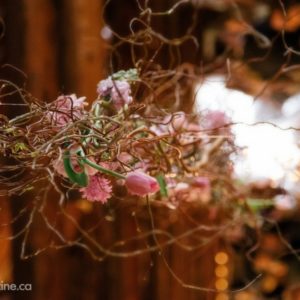 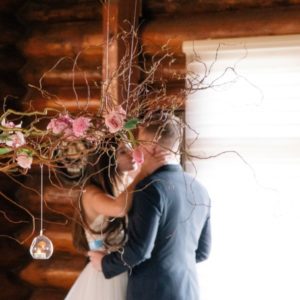 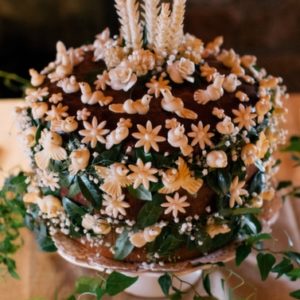 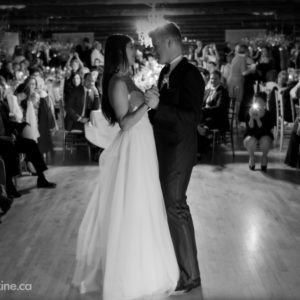 For Shyloe and Eric it all came around full circle. The spot of their first date, pizza and beer at a table under the stairs at Sherlock Holmes, was also the starting line of their journey to becoming Mr. and Mrs.

Shyloe and Eric met during Manulife Night one Tuesday in 2011 —she was modeling, he was working in the building. Eric was ready to head home when he spotted Shyloe and asked if she would like to grab a bite to eat after the event. She agreed and the two walked over to Sherlock Holmes.

April 16, 2013, was a déjà vu moment. Shyloe modeled again for Manulife night, Eric waited to greet her, and afterwards the two walked hand in hand to Sherlock Holmes—but this time, Eric got down on one knee and asked Shyloe to be his wife. “We had not been back to Sherlock Holmes since we met,” said Shyloe, which made the moment infinitely more special.

About one year later, the couple tied the knot surrounded by family and friends at the Old Timers Cabin in Edmonton, Alberta. Their wedding included a tender moment walking down the aisle, a private reveal before the ceremony, funny speeches, lively dancing and was complete with McDonalds Filet-o-Fish available as a midnight snack.

Shyloe: “This is cliché, but my favorite moment was definitely when my dad walked me down the aisle to Eric. My dad was such a softy, his crying made me cry. When he gave me away he said to Eric “take care of my little girl” which obviously made us all cry. Eric and I just stared at each other, crying and giggling the whole ceremony. It was incredible.”

Eric: “I really didn’t think I would like the whole photo process, or the staged “reveal” part, Shyloe looked incredible, but that ended up being one of my favorite parts. Having the opportunity to spend a couple hours laughing and joking with the bridal party was amazing. The speeches and slide show were also a highlight, as was dancing to shout… As it is with EVERY wedding.”

“We have two pieces of advice:

1. Make a list of your priorities and don’t change them. Respect each other’s “non-negotiables” and make them clear early on.

2. Stay true to who you are. I didn’t realize how much this mattered during the entire planning process, but it was one of the most common things we have heard after the wedding. Everyone kept telling us that the wedding was so “us”, and it was. From the venue to the program to the midnight snack, it all had some significance in our life together.”

As newlyweds, Shyloe and Eric look forward to calling each other husband and wife and laughing a lot. 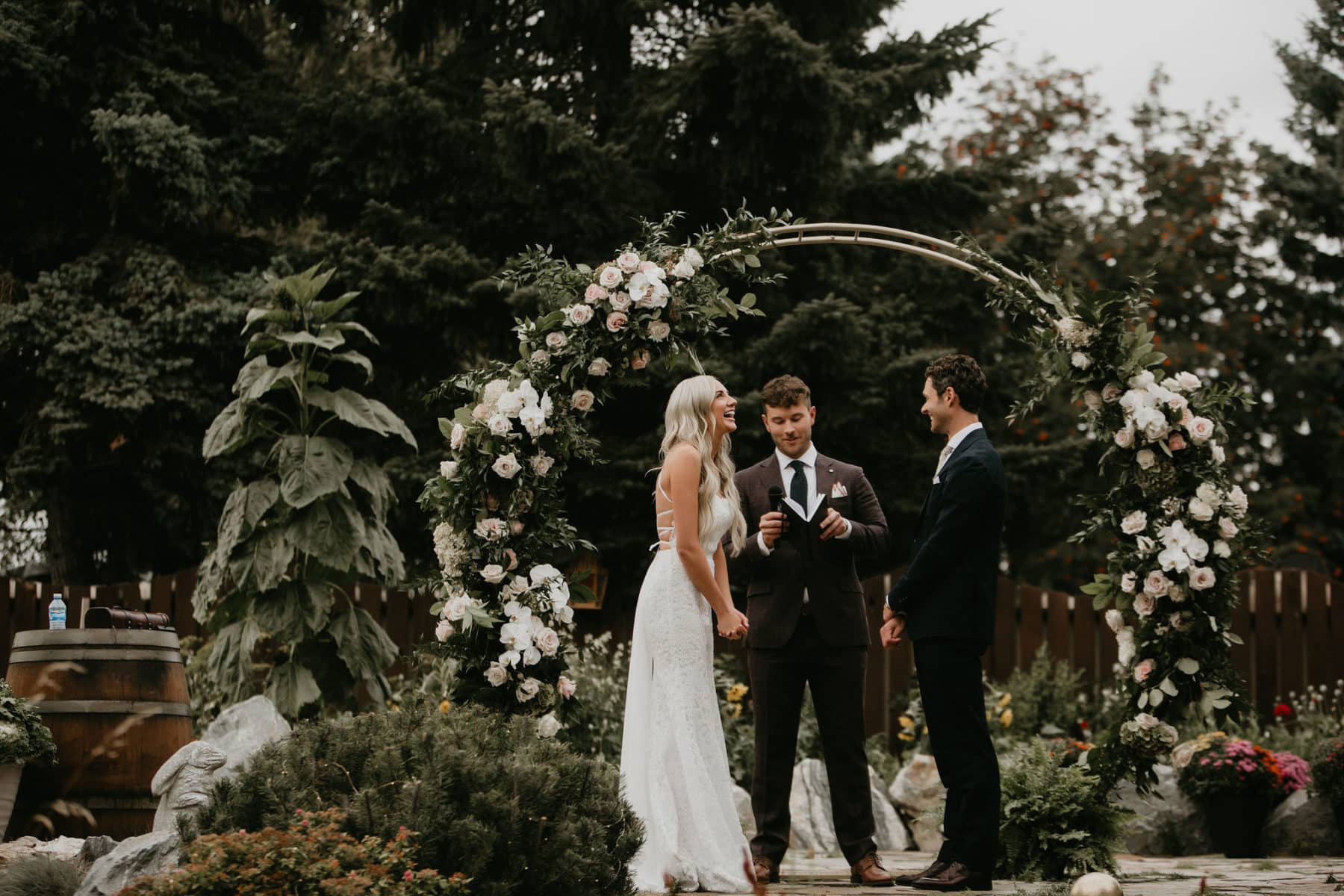 Gorgeous fall vibes! We are crushing on this photo

REAL WEDDING // Kristen and Peter met on Match. It

REAL WEDDING // Bar carts are all the rage, but me

REAL WEDDING // Dave had planned to take Ellie to

INSPO // This stunning bouquet with has so much in

REAL WEDDING // It was love at first swipe. While

Cheers to making it half way through the week frie

STYLED SHOOT // We love how the pearl embellished