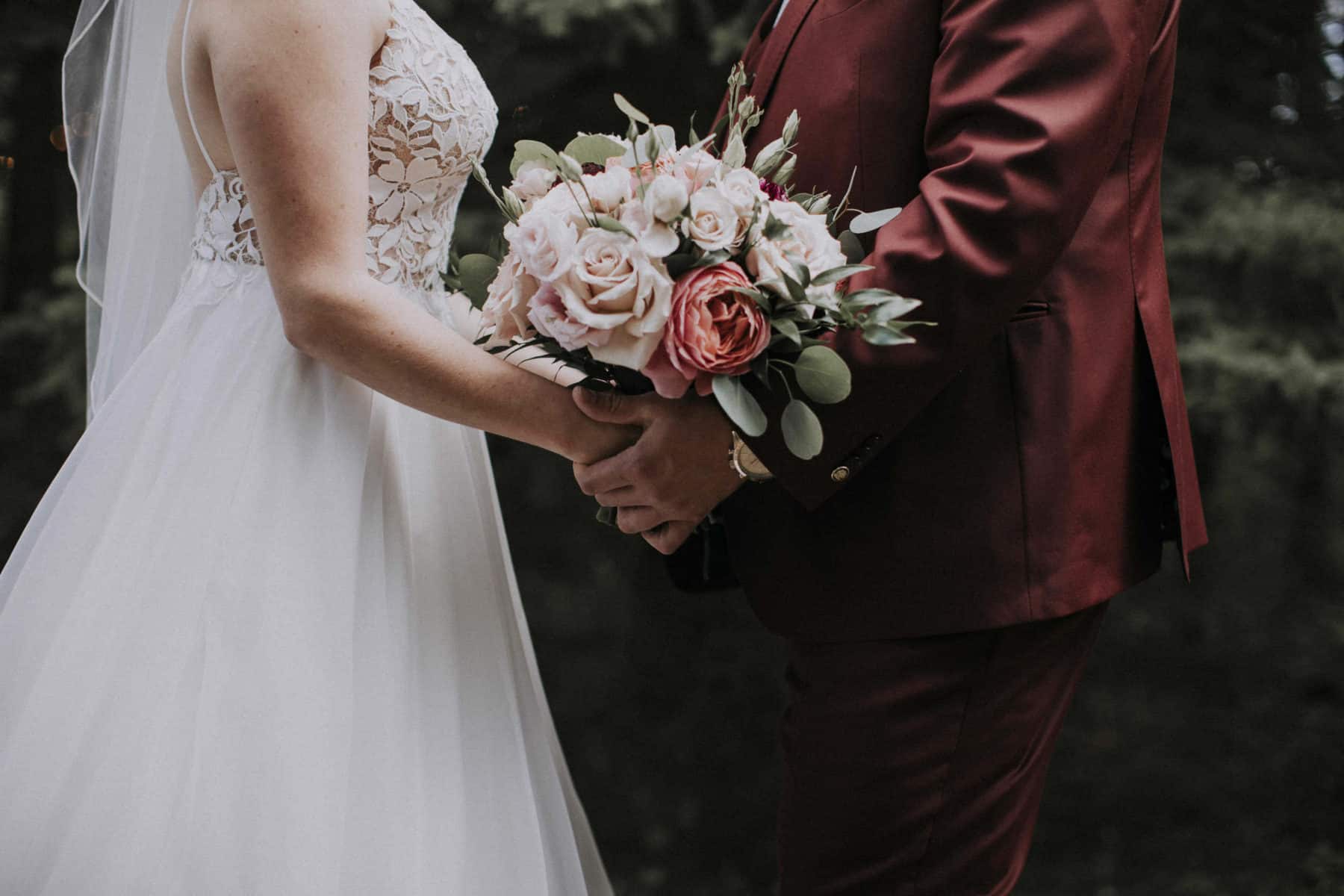 Danielle and Jason first met at work but lost touch after Danielle left her job. They reconnected after a chance encounter “and the rest is history,” says Jason.

Jason always calls Danielle on his way home from work, so one day when he mentioned he had to make a quick stop before coming home but wouldn’t say where, she was taken aback. He surprised her with two dozen red roses in their living room and got down on one knee.

The couple wanted a rustic venue that would double as both a ceremony site and reception space. The Whitewood Barn checked those boxes and also included some special extras such as an onsite photo booth, bridal suite, a gorgeous patio area for cocktail hour, and 40 acres of treed land for stunning photos.

Danielle and Jason initially didn’t consider doing a first look since they wanted a traditional ceremony, but doing one made more sense with their timeline and it turned out to be Danielle’s favourite moment. Jason’s most cherished moment was watching Danielle walk down the aisle at their outdoor ceremony. “Everything else seemed to disappear and all I could focus on was her,” he says.

“There are so many memories to tr and take in on your wedding day, so take the time to enjoy those moments and share those moments with everyone who joined you.”

The newlyweds embarked on a multi-country honeymoon and are expecting their first baby in July.

BBS VENDOR // Our next vendor is a superstar glam 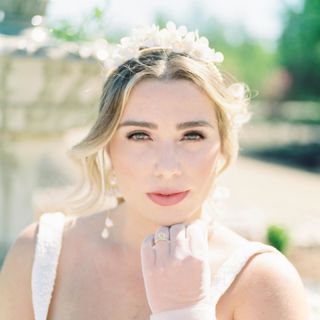