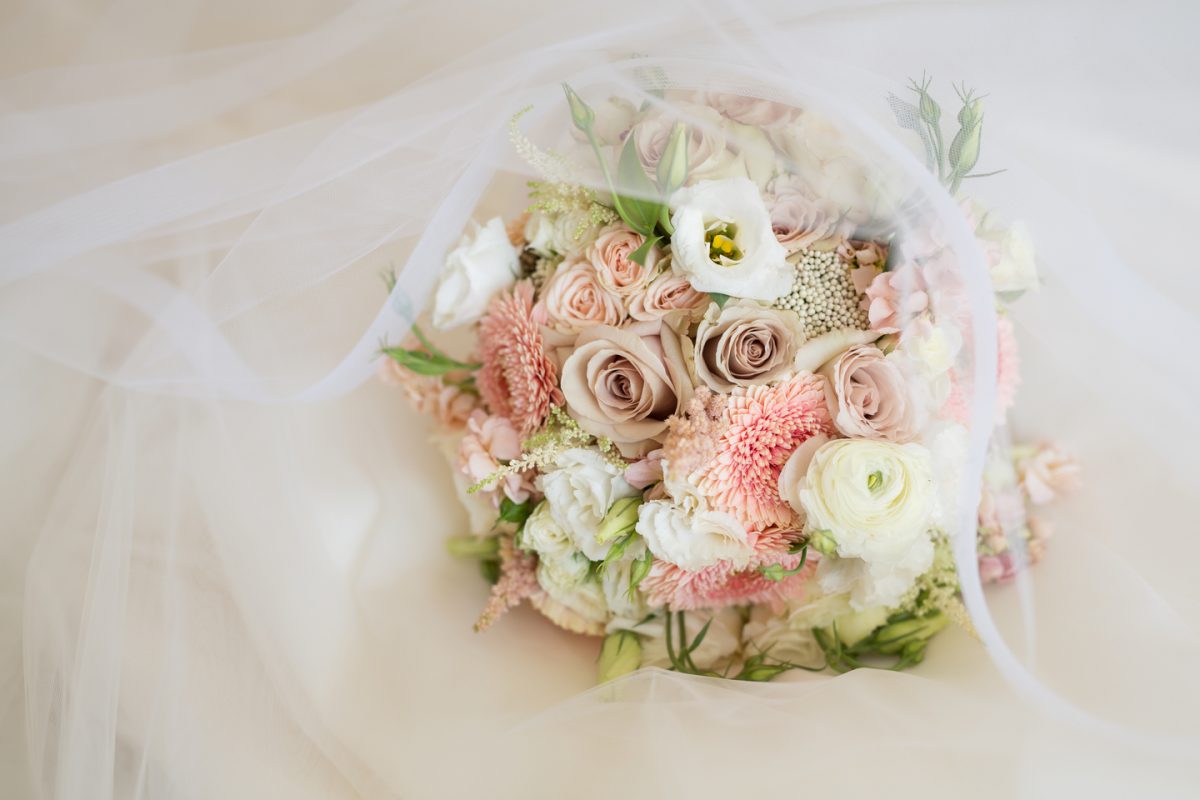 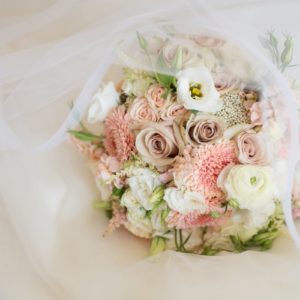 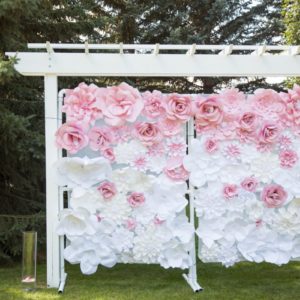 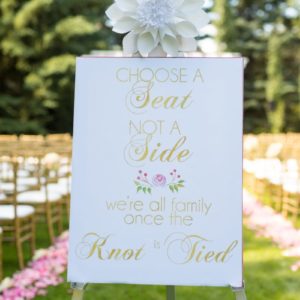 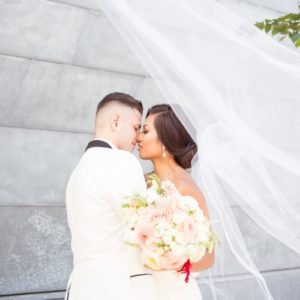 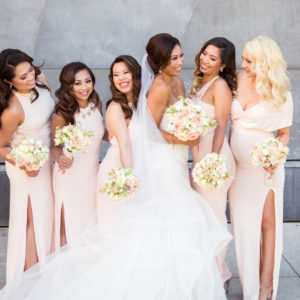 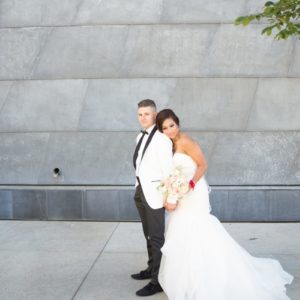 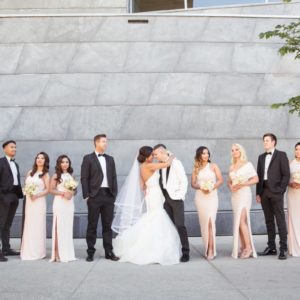 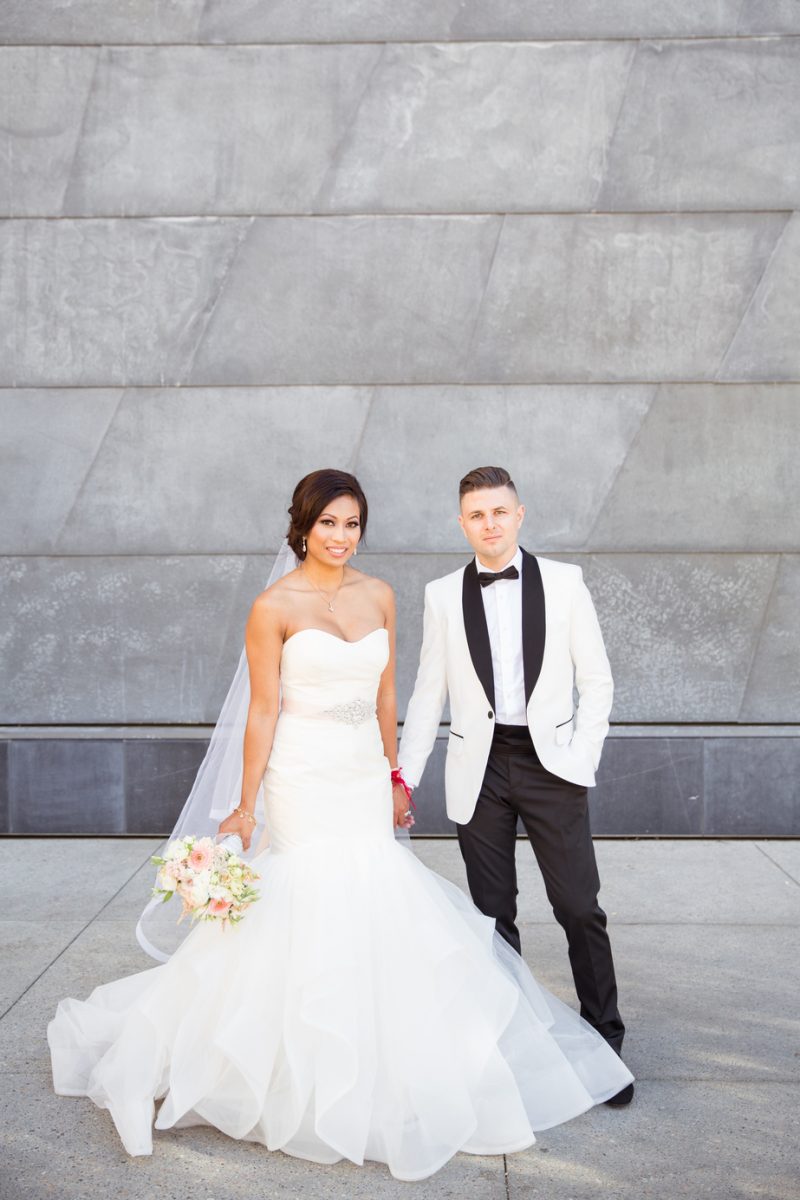 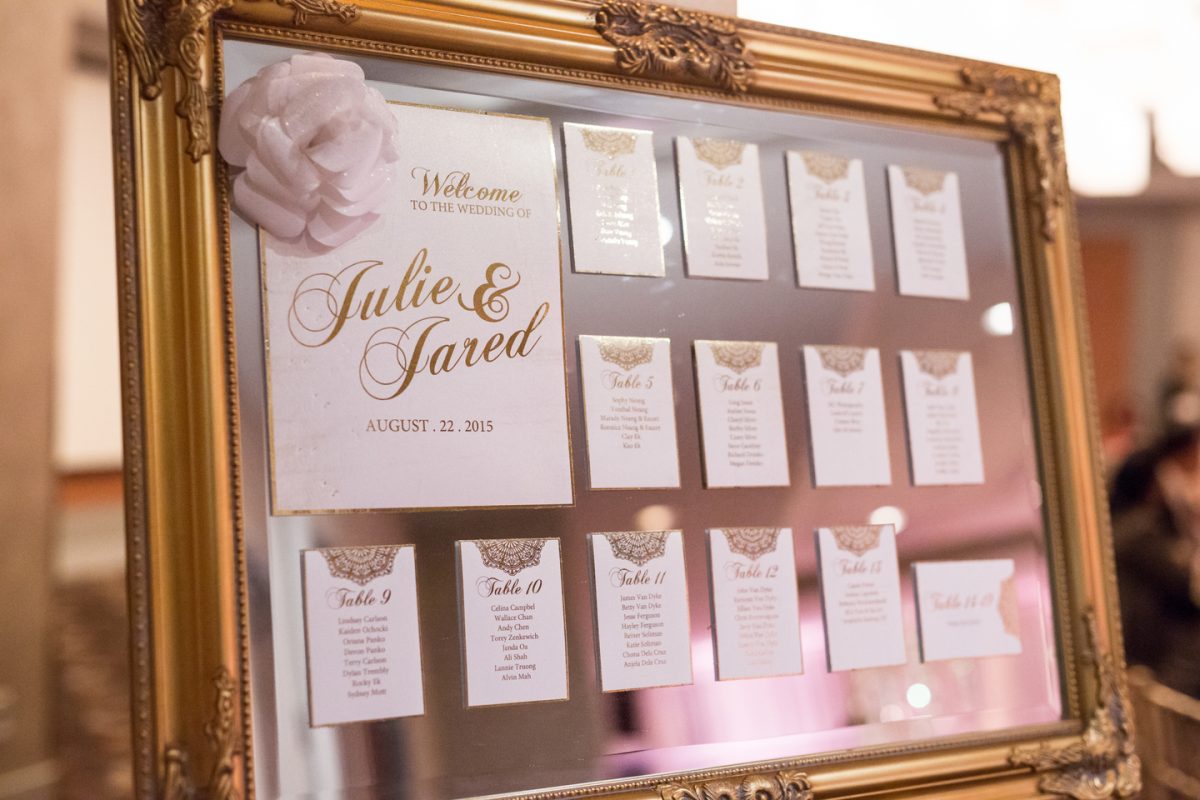 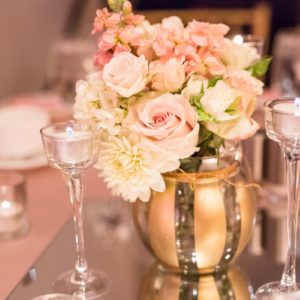 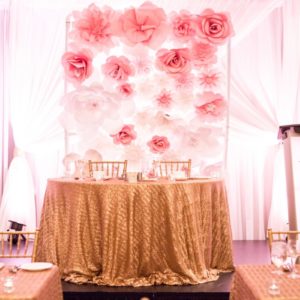 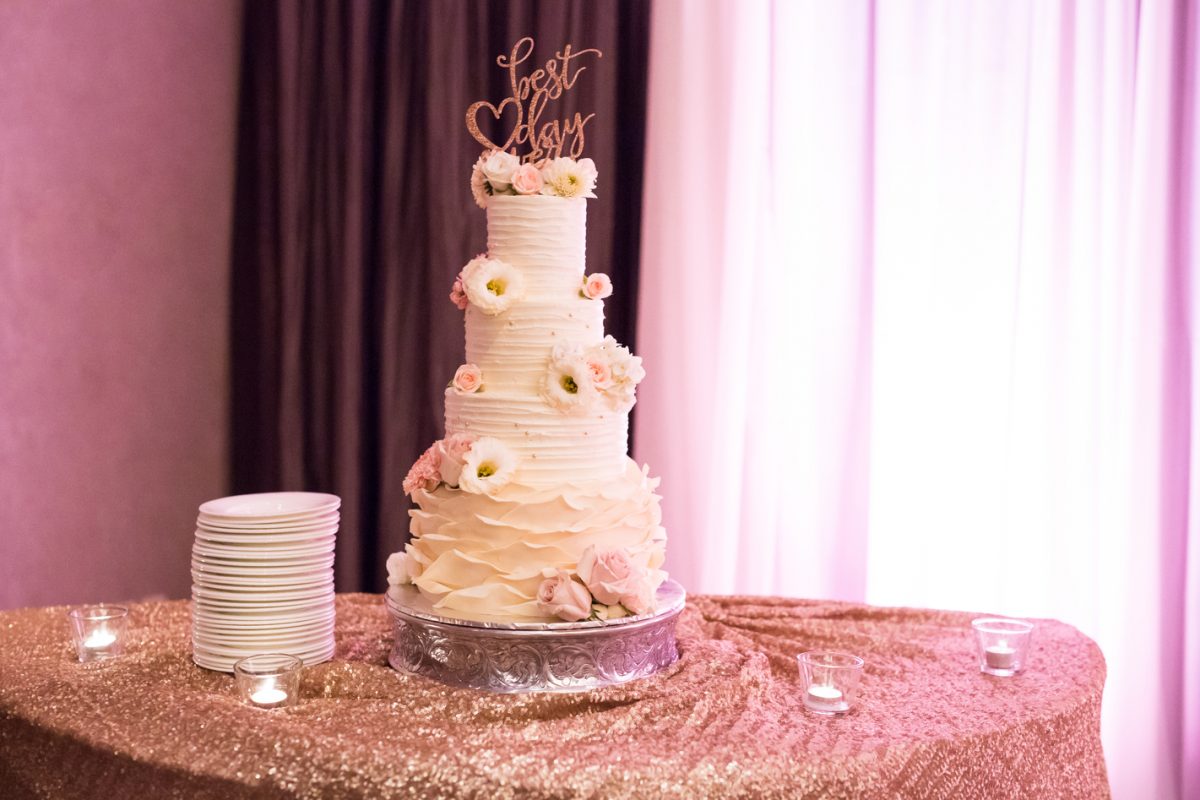 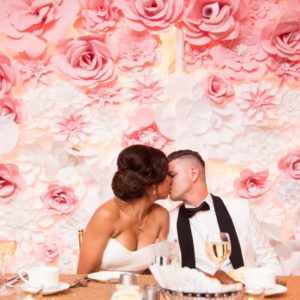 Julie and Jared met by chance at a club, but afterwards Julie kept blowing off his requests for a date. One night Jared turned the tables on Julie and blew her off instead. “It was pretty much the kick in the butt to realize he was a great guy,” says Julie. A few kids and a house later, they were ready to tie the knot–literally.

Jared’s plan for a romantic proposal was thwarted twice by family emergencies. Wary about jinxing a third attempt, he grabbed the ring and proposed on the spot after Christmas dinner. He told Julie that life would throw them all sorts of curve balls, but no matter what they could overcome them together.

The couple honoured Julie’s Cambodian heritage by holding traditional Khmer ceremonies, including the final knot-tying ceremony. “This was my favorite moment, this was when it felt real,” says Julie.

They also held a western ceremony outdoors and a vintage-glam reception at the Matrix Hotel. Julie took a DIY approach to decor with accents of gold, blush and crystal, even making the paper flower backdrop used at both the ceremony site and the reception.

Julie: “The Khmer ceremony there’s the last ceremony, which they coincidentally call it tying the knot. The grooms mother holds her future daughter in laws hands and leads her to her son, as she leads her to her son her bridesmaid cover the brides face with red fans. This was my favourite moment, this was when it felt real.”

Jared: “My favourite moment was seeing Julie walk down the isle. She looked so beautiful and seeing the look on everyone’s face when they finally saw her was priceless.”

“Shop around…If you can save a couple of bucks here and there it adds up and leaves you with more in the end.”

Since Julie and Jared already had a home and family before marriage, they most look forward to simply calling each other “husband” and “wife”.

INSPO // There is something strikingly beautiful a

INSPO // This cake from @sweetreliefpastries is be

While the Rockies are gorgeous any time of year, w

REAL WEDDING// Even though planning a wedding duri

FASHION FRIDAY // What a statement when you walk a

INSPO // This table scape gives us all the natural

INSPO // We so appreciate a unique and intimate he

FASHION FRIDAY // The off the shoulder accompanied

Hope your week is as sweet as this shot. Love the

TRUNKSHOW // Our friends at @bailandoboutique are

Happy Halloween friends! Hope you have a safe and