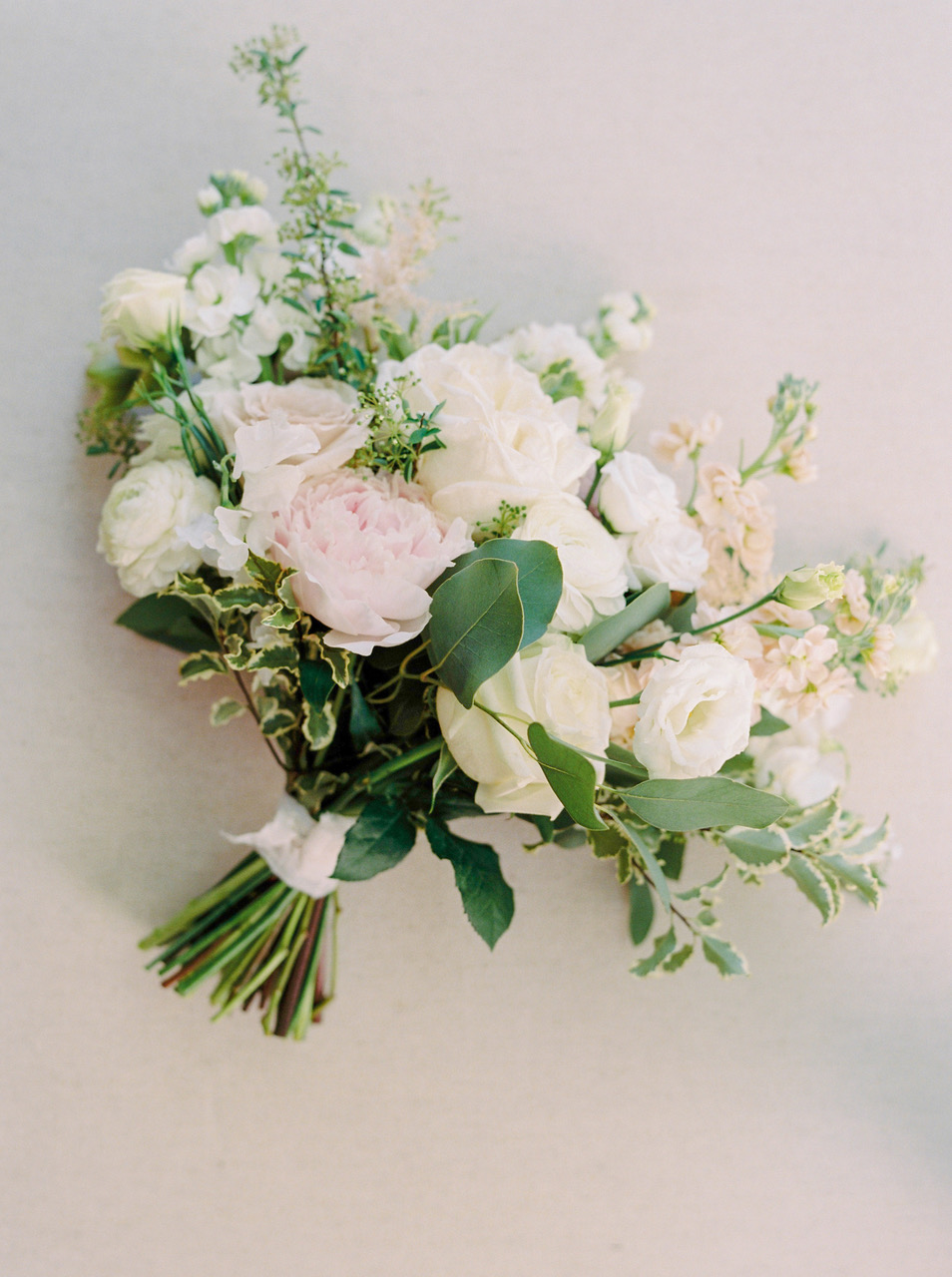 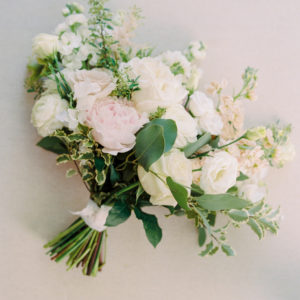 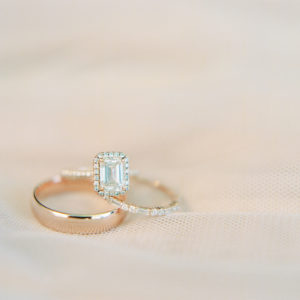 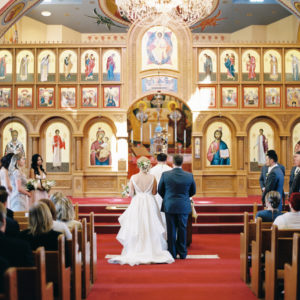 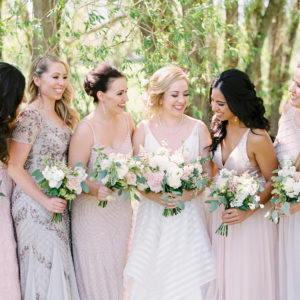 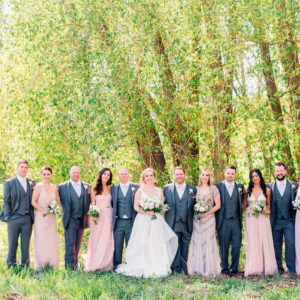 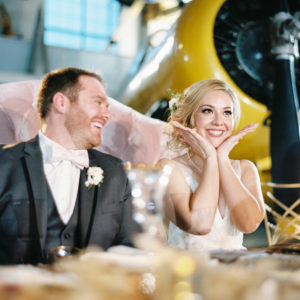 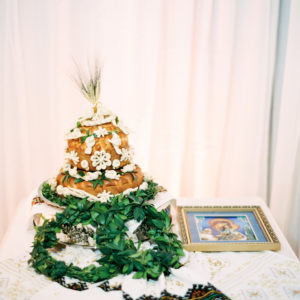 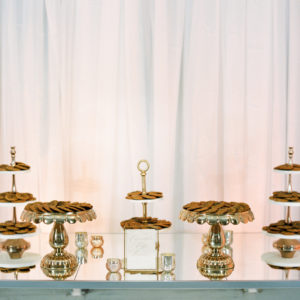 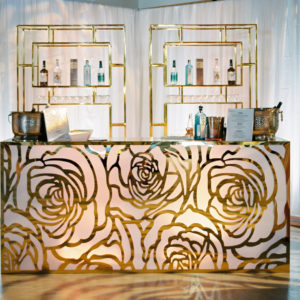 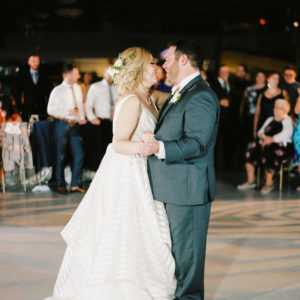 Tatiana and Brad met while working as air traffic controllers in Fort McMurray, and their love of aviation became a predominant theme in both their engagement and wedding.

While on vacation in Maui, Brad booked a helicopter tour of the island—even though he absolutely hates helicopters. Tatiana took in the breathtaking views while Brad clutched an air sickness bag. They landed on a property overlooking the water, and after a few deep breaths to calm his nerves—and stomach—Brad went down on one knee and proposed.

Brad and Tatiana wanted their reception venue to hold significance for them but also wanted a unique experience for their guests. The Hangar Museum of Flight was the perfect choice; not only was it visually engaging and reflected their backgrounds in aviation, they had also visited the museum on Brad’s first trip to Calgary to meet Tatiana’s family.

The ceremony was the highlight of the day for both the bride and groom; they chose to hold a traditional Ukrainian Orthodox ceremony in the ornate church Tatiana grew up attending. The church’s acoustics amplified the Korinnya choir’s heavenly voices to astound their 130 guests, and the ceremony was performed in both Ukrainian and English.

“Hire a planner! We didn’t go in with visions of exactly what we wanted, and yet we ended up with just that.”

The happy couple are thrilled to welcome their first baby in April 2019. Congratulations!