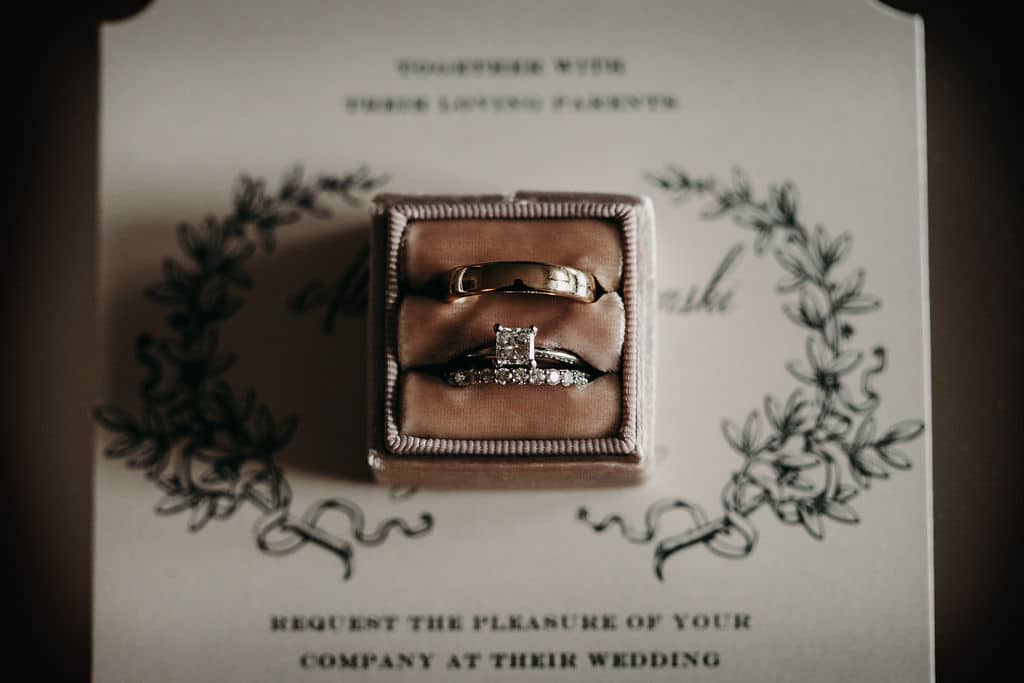 Aleksa and Tyler’s mutual friend, Paulina, always thought they would be a great match since they both had a corny sense of humour. They started off as friends, but romance blossomed after they kissed on the dancefloor at Paulina’s birthday.

On the night before they would bring their new French bulldog puppy home, they took a walk to plan out their future dog-walking routes when Tyler suddenly stopped and bent down on one knee. “It was very unexpected and very perfect,” says Aleksa. Mabel joined their family the next day and became an adorable feature at their wedding—they even had a signature cocktail named after her!

They wanted a big, bright and airy venue that also felt intimate for the reception. They had spent a lot of time together at the Enjoy Centre while dating and loved the large trees and natural light in the Moonflower Room. The space also allowed for many personalized touches to reflect the couple and their families. Aleksa’s mom made all the signage by hand, and even the stamps on their invitations came from Aleksa’s late grandfather’s vintage stamp collection. The entire wedding menu was created around their favourite foods—including a huge charcuterie board.

“Spend the entire day together and never leave each other’s side, especially because it can be a whirlwind 24 hours! From the first look to the very end, we were side by side and that made the day so special.”

The newlyweds look forward to their honeymoon in Japan, spending time as a family with Mabel, and possibly growing their family down the line.