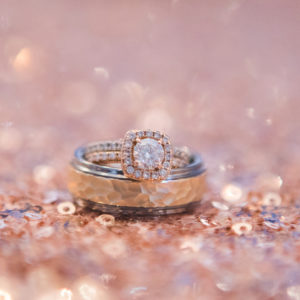 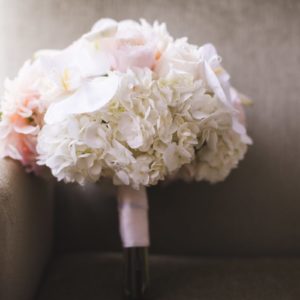 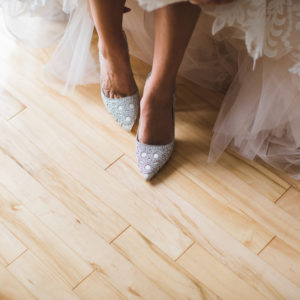 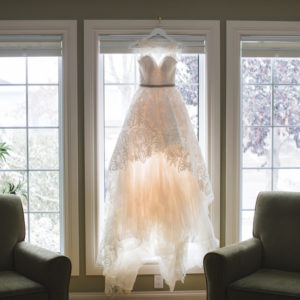 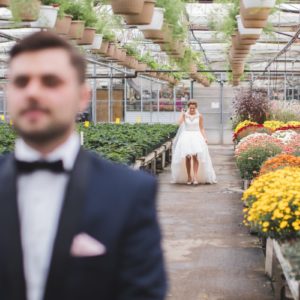 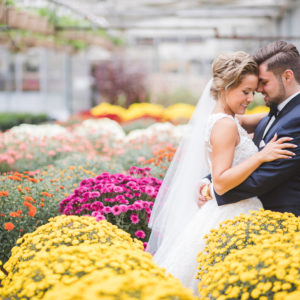 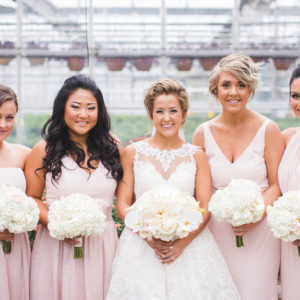 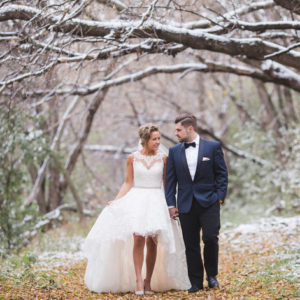 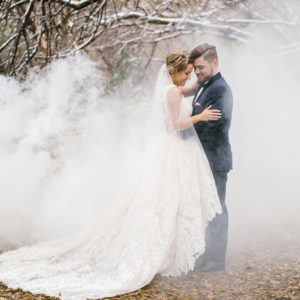 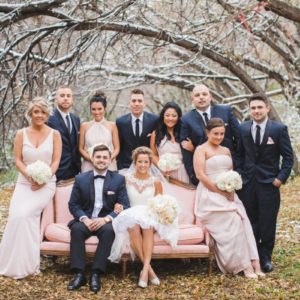 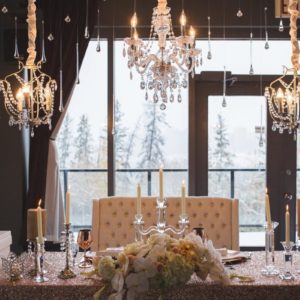 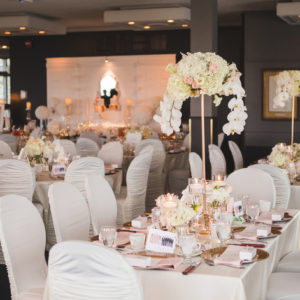 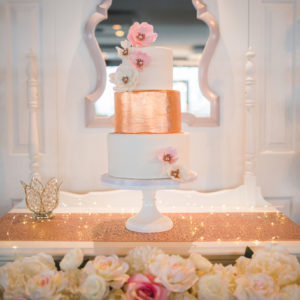 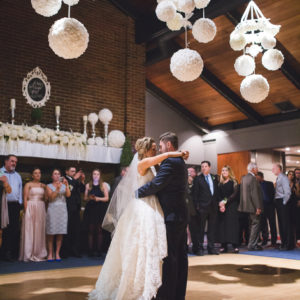 Lyndsey and Josh met in the summer of 2006, just before starting their last year of high school. After 10 years of calling each other boyfriend and girlfriend, Lyndsey and Josh made it official with a stylish wedding full of warmth and romance—despite an unexpected snowfall. “At first we were a little disappointed but the snow actually made the day more magical,” says Lyndsey.

The couple were in Canmore for a relay race, and at the last minute Josh convinced her to stay an extra day. He woke her up early for a “hike”, which was really a helicopter tour and picnic on top of Heart Mountain, where Josh popped the question.

They wanted to personalize their wedding and enlisted friends and family to help; Lyndsey’s aunt and uncle made much of the décor to complement their palette of rose gold and cream, and a family friend drew the wedding party on the programs. They also had ping pong tables for guests to play on—one of which doubled as their guest book— and late night tacos courtesy of casa12doce food truck.

Both Lyndsey and Josh’s favorite moment was their first look, which “was pretty emotional and a special moment for both of us that we’ll never forget.”

Father Daughter/Mother Son Dance: ‘Not Even A King’ – Alicia Keys

‘Enjoy every minute of it and don’t stress out! I was so worried beforehand about all the little details but when the day came I just sat back and soaked up every minute.’

The newlyweds are excited to start their next chapter, and love calling each other husband and wife.